Cypriot evening and safari on the donkeys 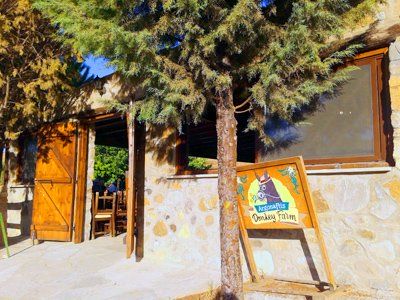 Program of the day: Kalokedara Farm - Walk around the Farm - Welcome meal - Getting acquainted with Donkeys - Donkey Safari along The Xeros River – Monaster Panagia Tou Sinti - Back to the Farm - Cypriot Feast including Cypriot Food, Music And Dance

Bus takes you from your hotel in the early afternoon to drive you to the local farm, along the way you will be passing by scenic Cypriot villages surrounded by plantations of cypress. It's an unforgettable ride with Bedford bus, a retro bus which still remembers colonial times. Drive through the valley of the Xeros river and arrive at the Argonaftis Donkey Farm. 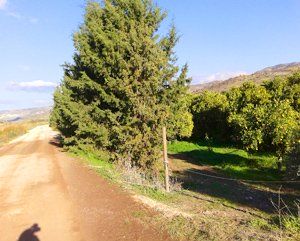 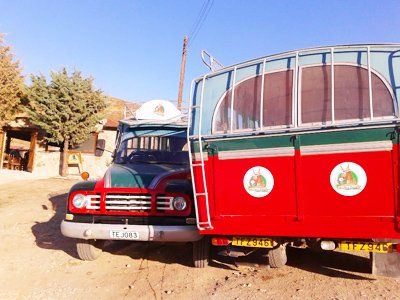 You will meet here with real Cypriot hospitality. And you will be served with traditional local delicacies such as olives, halloumi cheese and freshly baked straight from the oven farm bread enriched with various additives such as olives, feta cheese and local herbs. Special attraction: For those of you who like to have the opportunity to bake some bread they can do so from the prepared pastry. After returning from the ride on the donkeys you will taste your own delicious bread.

A WALK AROUND THE FARM 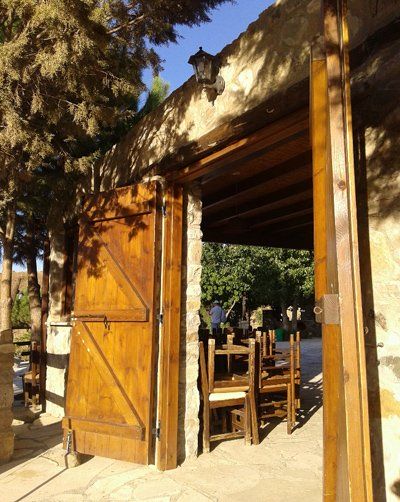 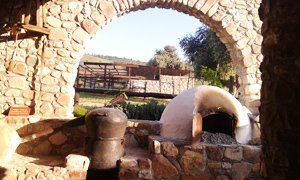 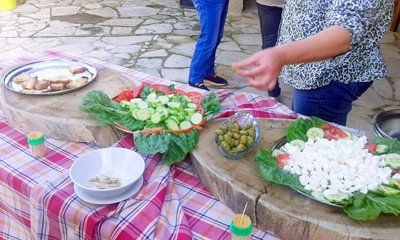 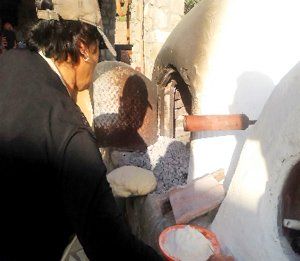 FAMILIARIZATION WITH THE DONKEYS 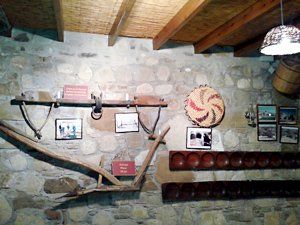 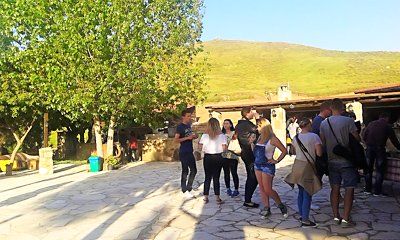 On the farm you will be greeted by friendly donkeys who will take you to a short 2km journey across Xeros Valley. During this ride you will be accompanied by our staff who are on guard they will be happy to help during the trip. Sometimes donkeys known from their stubbornness go off the correct path so they are guided by farm staff so they would stay on a correct path. 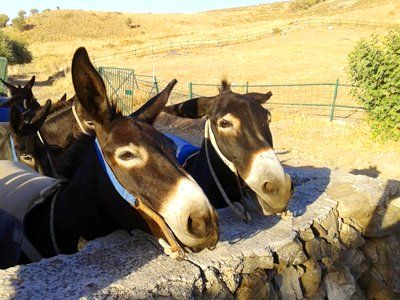 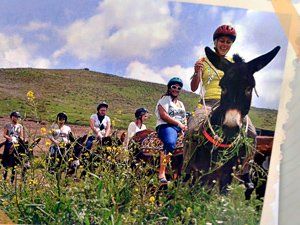 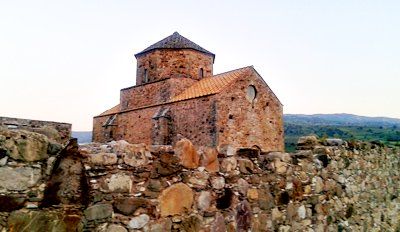 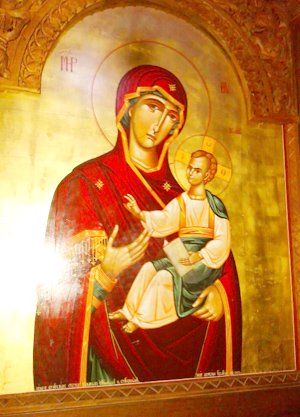 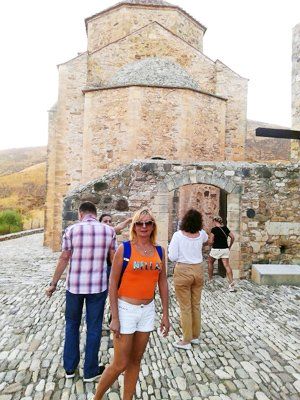 The donkeys will take you to the beautiful old Monastery of Panagia tou Synti, which was refurbished from the UNESCO funds. English and Russian speaking guides guide you through this historic Monastery and tell its stories. You will also be served with local seasonal fruits and then return to the farm where you will be served a delicious dinner. 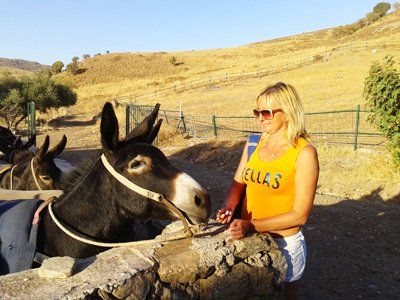 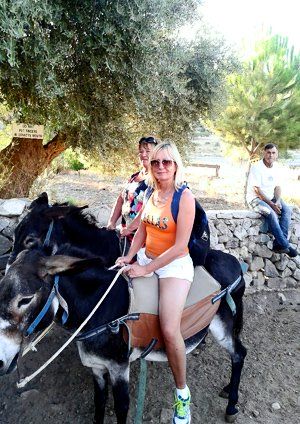 After returning to the farm, there will be a surpries for the youngest - meeting with little donkeys, turtles, sheep and goats, not to mention little puppies and cute little kittens. Children can also participate in games and face-painting. In order to preserve our memories, you will be accompanied by a photographer, and the photos you take will be available for you to choose and order on the spot. 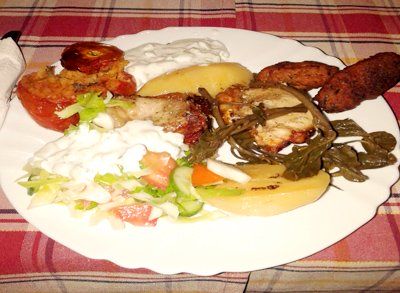 Upon returning to the farm you will be greeted by the aroma of typical Cypriot cuisine such as Pasta, Mousaka, Sheftalia, Kebab, Loukankia, Gyros, Koupepia, Haloumi (Grilled Goat Cheese), served with Patates, Rice, accompanied by traditional Greek salad with olives and Feta cheese and chilled Cypriot white or red wine to choose from. You will also be able to sample local vodka called Zivania or Ouzo, and for dessert we will taste fresh fruits and delicious Cypriot desserts - Baklawa and Lukumades. You will also be able to share your musicality while learning to dance popular Sirtaki. You will also be able to see a dance with glasses on the head, all accompanied by Cypriot music and singing performed by Cypriots in traditional folk costumes. Upon completion of the dinner you will also be able to receive your own Diplomas certifying the completion of the course of riding on donkeys. Around 10PM coaches will take you back to your hotels. 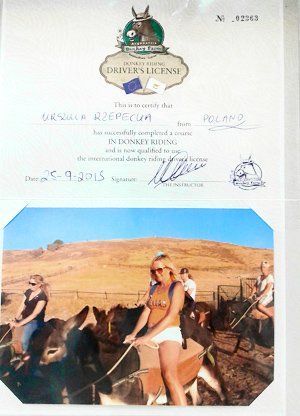 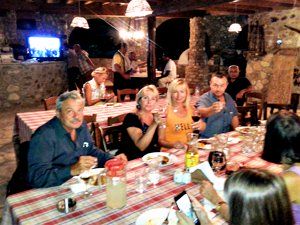