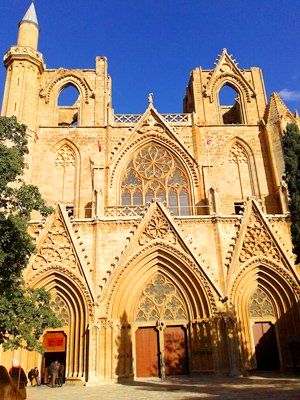 A GREAT TRIP FOR THOSE WHO WOULD LIKE TO KNOW THE MOST INTERESTING PART OF THE TERRITORIES OF CYPRUS AND ALSO TRAVEL TROUGH A HISTORICAL TREK FROM ANCIENT TIMES (SALAMIS), THROUGH TIMES OF CHRIST (THE CHURCH OF ST. BARNABY AND HIS GRAVE), MIDDLE AGES (CHURCH BUILD BASED ON NOTRE-DAME) TO THE MODERN TIMES 1974 (BREAKDOWN OF CYPRUS)- THE GHOST TOWN

NOTE: It is mandatory to bring Passport or ID card !!!

Initially the route follows motorway along the coast of Cyprus, then passing through Limassol to reach a parking in the village of Choirokokitia, we stop her for a short break (about 30min) where everybody can use the café and toilet. Then we go further to the east and approximately after an hour we cross boundaries separating Southern Cyprus from the North - then we enter to the Turkish-speaking part of Cyprus.

NOTE: As we cross the border we will be ask to pay 6 euro, it is the total charge for admission to the museum.

Church and grave of St. Barnaby 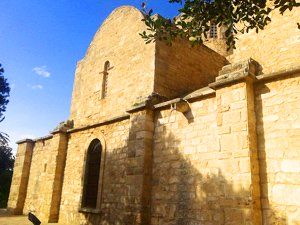 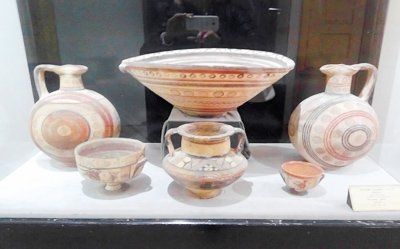 Travelling further along the coast arrives at the ancient city of Salamis The first tourist attraction is located near Salamis tied to the times of Christ is a Church of St. Barnaby - it is here where he lived and died. Church and monastery of St. Barnabas was built in the necropolis of Salamis and is one of the most important churches in Cyprus. 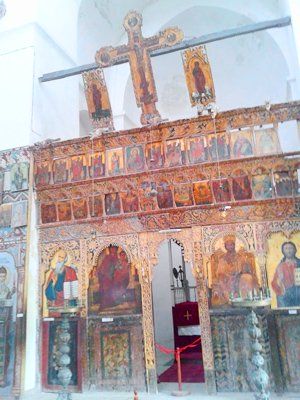 In the immediate vicinity of the church there's a museum where we can see a lot of interesting exhibitions related to excavations associated with this period. The chapel is located next to the tomb of St. Barnabas St. Barnabas who was born in Salamis and was the son of a Jewish family. During his education in Jerusalem he witnessed the miracle of Jesus and by the age of 33 he converted to Christianity - in accordance with the teachings of Christ he gave all the lands inherited from his family to the poor people. 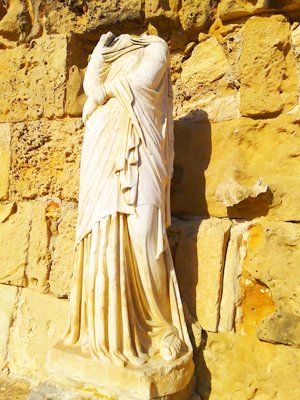 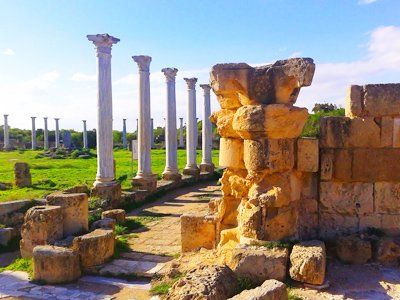 This ancient city was founded in the 12th BC. It is in here that in the year 450 BC was the Battle of Salamis. 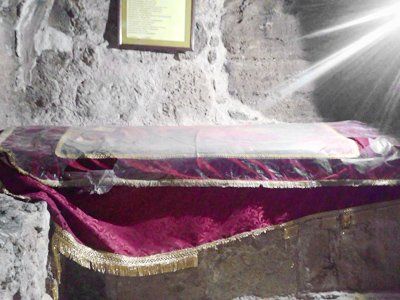 During sightseeing we can see ancient statues, columns, mosaics, Ancient baths, and of course an amphitheater. 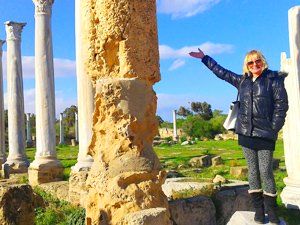 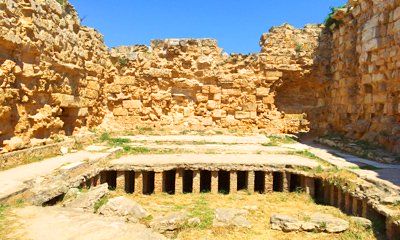 After exploring Salamis and church of St. Barnaby we go along the coast to town of Famagusta. 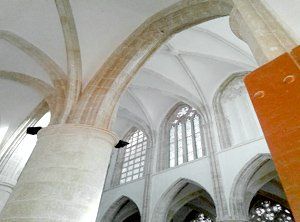 The ancient city founded in the 3rd century BC by the Egyptian Ptolemies, it has very rich history. Lying at the crossroads of important trade routes Famagusta passed from hand to hand, remembering Crusader, Moslems, Venetians and finally the British. Today, with the former splendor of Famagusta resemble huge walls in the heart of Famagusta. There you are visiting a gem of our trip - the Cathedral of St. Nicholas - called Cypriot Notre-Dame, which is now converted into a Lala Mustafa Pasha Mosque This is after the division of Cyprus in 1974, Famagusta became part of the Turkish-speaking side of Cyprus. 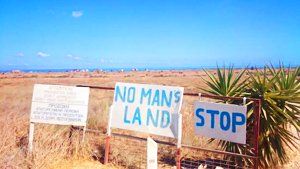 In the period 50"-60" od 20th century, Famagusta was the exclusive Mediterranean resort town. Coast was decorated with luxury hotels, which were sometimes visited by famous movie stars such as Brigitte Bardot and Marilyn Monroe. To this day, their photos of those days are visible in local cafes. Varosha was so popular that at some point it was called the Copacabana the Mediterranean sea. After the division of Cyprus in 1974, the Greek population of Cyprus was forced to leave those areas and that's the deserted part of Varosha. This is currently the only such city in the world where for more than 40 years no one lived in here. For this reason, Varosha is called a Ghost Town. Until now the situation remains unresolved, and the Varosha area is fenced and guarded by the military.

NOTE: There is here a complete ban of taking any photographs.