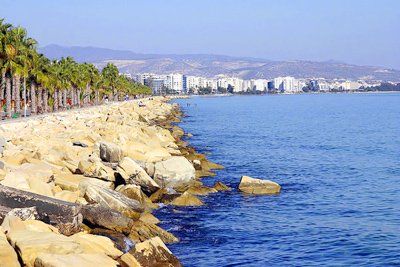 Coaches leave in the morning at around 9 am from Paphos - taking you directly from your hotel. As we leave Paphos along winding coast, after about 20 km we arrive to the beautiful cliffs - Here in this romantic scenery lies Aphrodite's rock. 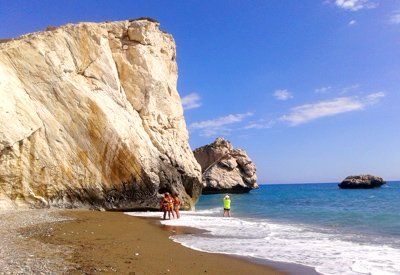 Local legend says that precisely in here Aphrodite, the goddess of love and beauty has emerged from the sea-foam on to shores of Cyprus. That's why Cyprus is known as the island of love.

Legend says that whoever circumnavigates around the Rock of Aphrodite three times during the full moon will be forever young and beautiful. 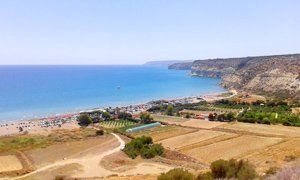 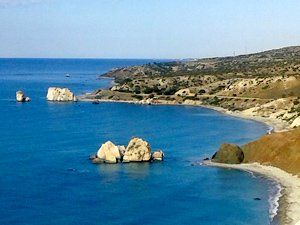 In this legendary place, bus will stop for a short while. During that time you will be able to admire local scenery and take some photographs of this beautiful place. From the Rocks of Aphrodite we drive along the sea coast and its beautiful cliff where after about 30 minutes reach town of Kourion. 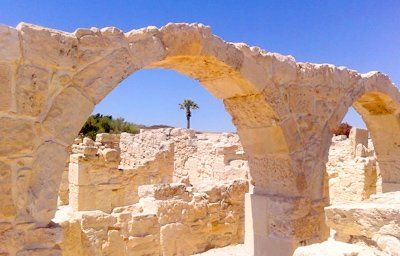 Kourion is one of the oldest and ancient cities of Cyprus and also one of the most interesting excavation sites in Cyprus. The original settlement was founded in the12th century BC by the Greeks.

During excavations in the mid 19th century were discovered many ruins of ancient buildings. The most interesting of them are, among others, extensive Baptistery with the remains of the Bishop's Palace, the relics coming from the 5th century AD, the Basilica, the Residence of Eustolios, the remains of a Stadium, the Nimfeum stone fountains and so-called Home of Achilles. Then our historical trek will move from Ancient Times to the Middle Ages. 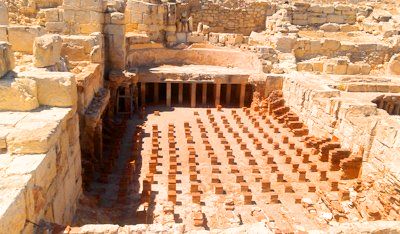 Kolossi- is a small village situated on the outskirts of Limassol. The main tourist attraction is the medieval fortified castle. The fort was built in the 13th century by members of the Joannits Order who arrive to Cyprus at that time. In the 15th century Grandmaster – Lois de Meganc lived in there. He rebuilt the castle, and in the second half of the 16th century, the castle was taken over by the Turks, who have lived there for several centuries. Currently stronghold of Kolossi - it is one of the most interesting tourist attractions of the region. This building was built on a square plan and rises up-to 23 meters and is a two-storey wall of the fortress is around 2.7 meters thick. 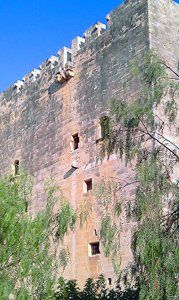 The castle has a drawbridge where newcomers were crossing above the moat and the stairs ascend directly to the height of the first floor. On the first floor once there were two large rooms and a kitchen. At the top of the castle in a spacious and sunny chamber lived Grand Master. 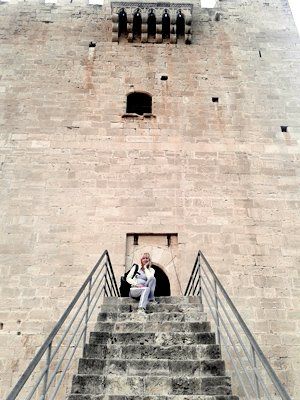 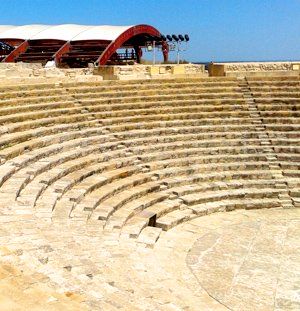 In the vicinity of the fortress there is a stone building which functioned for centuries as a sugar factory. The owners of the castle were engaged in the cultivation of grapes from which they manufactured the famous Cypriot wine - Commanaria. Now we will go to the second largest city in Cyprus ... 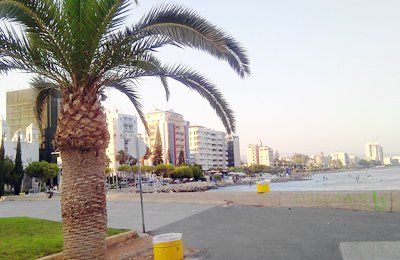 Limassol is located on the southern coast of Cyprus on the picturesque bay of Akrotiri. It is one of the most important centres of the business and tourism on the island. Here it is also located one of the largest ports in Cyprus. Centuries-old history of this city has left many historic buildings, for example: The Orthodox Cathedral of Agia Napa. 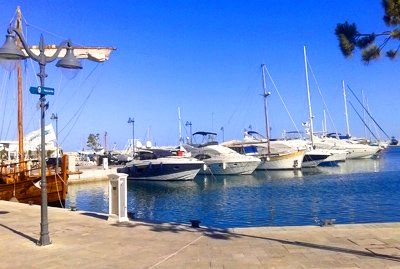 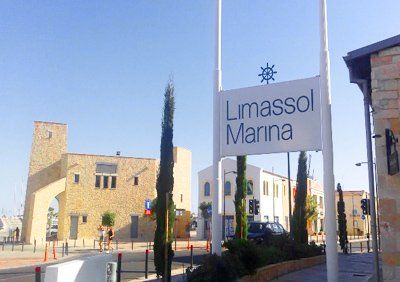 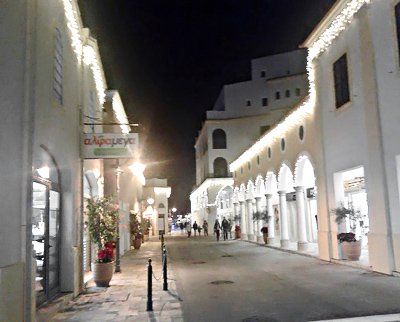 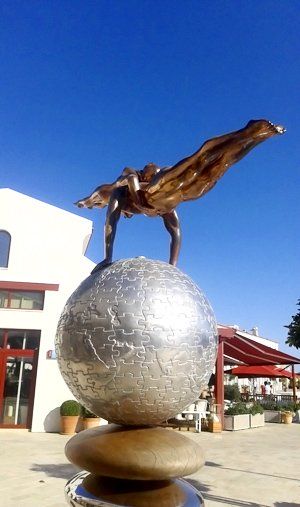 In this city history is intertwined with modernity in a very interesting way.

You will visit also the exhibition of natural sea sponges with the ability to purchase some of the local products. Later you will have about 2 hours of free time to yourself to enjoy sightseeing or shopping. You can also relax in one of many harbour restaurants. 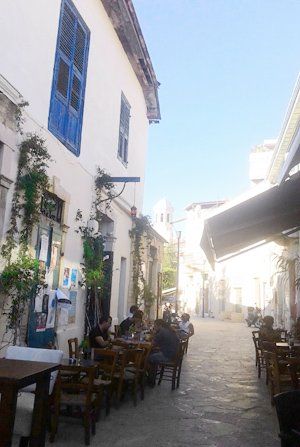 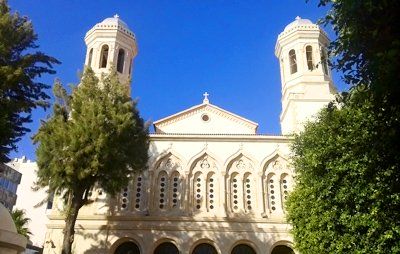 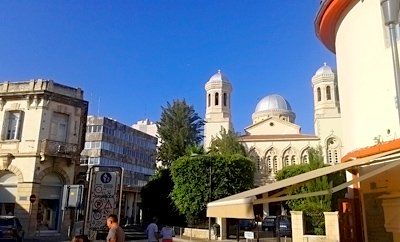